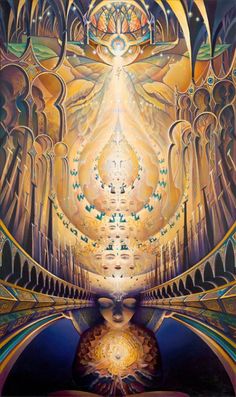 A Blueprint Akash Update on the Story of Now

And the divine templates emerging collectively in the evolution of human consciousness.

The listening mind is Awakening, ready to direct the body not as a tyrant, but as an element of the whole self playing its vital part in the picture of the Self, living, creating, from beingness.

The profound invitation of now is to rest and listen to our bodies from a place of stillness and silence that opens us to oneness.

These are the collective themes that may or may not speak to you.

The listening mind is Awakening, ready to direct the body not as a tyrant, but as an element of the whole self playing its vital part in the picture of the Self, living, creating, from beingness.

The listening mind takes its direction from the connected body, which is moved by the connected heart, which rests in wholeness within, with all Life and with all that is.

So in this picture of now, there is a call to open to the heart, to be present in the body and rest the trembling animal self in the resonance of compassionate wholeness. Because this body has long been directed by the tyrant mind; overlord in the picture of separation, responding to what it sees and taking control, telling the body how to move through the picture of creation, forgetting itself as one with the creator. This tyrant thinking mind has been telling the body what to do, when, how, when to stop, when to start, when to rest and how long for. And taking its input from the outward seeing eyes. With their focal point firmly in the creation.

There is a traumatised animal-Self vibrating the dissonant harmonics of trauma in the body, causing the harmonics of fear to send the signal to the mind that it is not safe.

This has two effects.

There is a call for this trauma body – the animal I – to be held in the Resonance of wholeness so those vibrations of dissonance can vibrate their way back into a relaxed and natural state of held-ness and safety.

When the body is in trauma state, holding a fear memory, our age-old safety mechanisms are triggered. They can’t tell the difference between the memory of fear rising as an old story leaving, and a threat that is happening now. So a fear vibration is happening and surfacing in our physical fields.

This brings up old stories to be reseen, touched upon and re-responded to from the eyes of oneness. From the eyes that see as the the Self beyonds the stories. But it means work as a slavery experience in the body is a live theme now and we may be experiencing the echoes of old paradigm survival stories surfacing in outer career pictures as we rewrite who we are in the world of work/play/creating.

There is also the likelihood of the body resisting mind directed action. Causing conflict. Because both the tyrant mind and the listening mind are present and offering direction. How aligned we are in stillness determines which one were going to hear more clearly.

The liberated, unified, listening mind, directing action in a connected state. Directing action that arises from beingness, in support of wholeness, harmony and unity creating.

This is touching old traumas in the body that are ready to give themselves up for renewal.

The body had the slavery state experience of being directed in a harmful way.

This is collectively live now

The old safety mechanism was for the focus of awareness to flee to the mind, so the mind could become the overseer, override the physical impulses and take control.

There’s a complicated configuration of control energetics in consciousness around our head centre that are unweaving now and being rewoven in wholeness-awareness.

When the fear felt in the body triggers that old safety-control mechanism of fleeing to the mind, away from body-listening, what we’re likely to encounter there right now is pressure.

Because the old safety-control mechanism of mind directed action is currently in a dissolution process. It’s breaking up in us.

It’s under pressure to dissolve.

Because the new template is emerging and reinforming us of a more natural way of being. This makes it impossible to believe in the old ways of doing. But our attachment to these old ways arise from the belief that we are still under threat giving a buried part of us the signal that we still need our old survival mechanisms. This is often because their trauma is still vibrating its dissonance in our fields of consciousness. Waiting to be seen, heard, felt and fully met in the arms of wholeness, before it can be dissolved. Before the information that we are safe here now can be fully accepted by the part of us that experienced that trauma in the first place.

When we rest that part of us in wholeness it can begin to give up its story. It can feedback its experience to oneness. It is like the toddler crying in the arms of the parent. Sometimes you just need to be held and heard. That applies to the parts of us holding onto very deep trauma. But the way we find those parts and the way we hold them and hear them, that determines how safe they feel and how much of that trauma they give up. Resting a traumatised part of ourselves in wholeness-awareness is a way of letting that part really know how safe it is.

Where we focus there oneness is experiencing itself: there we are. That’s the experience we are offering oneness, one consciousness.

This tyrant directed body has stored trauma from being controlled. From having its impulses overruled and it’s natural rhythms scrambled.  And this trauma is calling to be held in the resonance of wholeness so it can give up its trauma and relax into its natural vibrations.

And as the fear in our animal selves relaxes and the trauma leaves our bodies, so the safety control mechanism is disengaged and we can drop back into a connected state, with the path even clearer to open to the emerging listening human mind

A very masculine aspect and the element of Air is being welcomed back into a liberated, empowered place in the picture of our conscious, collective, connected co-creating in unity.

This is a space to open to and relax into those natural rhythms and allow them to move us from beingness into action that arises from being.

This is a space for being present with what’s moving now and allowing the alchemy of unity to reweave our human blueprints.

For a free consultation, for more information or to book a session, email infinityresonance@gmail.com or contact me using the link above

Watch videos from me here Gratitude Gifts are received with thanks and blessing